Africa is the second most populous continent in the world. It was put at the staggering amount of 1,3 billion people, a number which makes up about 16% of the total human population of the whole world. And this number is growing every second. Twenty-three countries in Africa are English speaking, and in many of them, residents speak English, in some this language is the official language. In this article, we will tell you about the top 10 best English speaking countries in Africa.

When colonialism on the African continent moved to the end, a large number of countries began to use official languages that were mostly of outside influence. There are, still, some African nations that also legally identify native languages as well. English and French are spoken almost everywhere in Africa. They are commonly used as a means of overall communication, mainly when dealing with education, juridical, and business matters. More than 23 African countries use English as one of their official languages while 26 uses French.

Are you ready to know the names of the countries that are on the list of the best English speaking countries on the continent? Is Nigeria on this list? Keep reading to find out the answers.

There many sources on the Internet that claim that they provide readers with the information based on the studies by the World Linguistic Agency concerning the best English speaking country in Africa. We have tried to find the official site of this organization but failed. Some internet users even insist that such agency does not exist at all. That is why we have analyzed the available information and decided to provide you with the list of the countries published by such sites as www.atqnews.com and naijaquest.com.

10. Rwanda
This is a landlocked country. It is located in central and Eastern Africa. Rwanda is one of the smallest countries on the Africa continent. English, Kinyarwanda, French, and Swahili are official languages in Rwanda. While English is the main language that is used for educational purposes, Kinyarwanda is the leading national language in the country.

9. Ghana
There are eleven widely spoken languages in Ghana, but English remains the language of the State and its commonly used Lingua Franca. French language is also trained in several schools in the country because predominantly French-speaking nations surround this nation.

Ghana is on the list even despite the widespread criticism over their ‘thick’ accents. Here, English words are often mixed with a heavy tone of pidgin, which perhaps, confuses many foreigners. However, Africa was colonized, and it is difficult to prevent the influence of the native languages on the English language.

8. Malawi
The country is located in Southeast Africa. The major part of the population speaks English fluently.

6. Botswana
Botswana is another landlocked African country on our list. It is in the Southern part of the continent. While Setswana is ordinarily spoken in this area, English remains the official language of the country.

5. Zambia
You can find this country on the south-central part of Africa. English is the official language, and it is always used in education and business communication. The primary local language is Nyanja. You can also hear Bemba dialect in this area. The people speak a total of 73 languages, including Lozi, Kaonde, Lunda, as well as Tonga.

4. Kenya
Kenya is located in Eastern Africa. Nairobi is the capital as well as the largest city in this country. There are various ethnic groups in Kenya which prefer native language. Nevertheless, the official one is English and Swahili. You can hear both languages commonly. But English is only used in government, education, and commerce matters.

Nigeria is placed on the Gulf of Guinea. It is famous for its variable wildlife and incredible landmarks. One of the most recognizable places is Zuma rock which is a monolith reaching a height of 725 meters located outside Abuja, the federal capital territory of the country.

2. South Africa
This beautiful country is placed in the southernmost part of Africa and is the second best English speaking country on the continent. You can also hear many other languages here, including Afrikaans and isiZulu. The general number of official languages is 11 in this country.

South Africa is well-known for having diverse ecosystems which are distinct. Kruger National Park is an Inland Safari destination which is visited by thousands of tourists because of the high population of the big animals.

1. Uganda
And finally number one in our ranking of the best English speaking countries in Africa 2018. English is the official language in Ugandan educational, juridical, and business system. There are 60 other languages and dialects spoken among the population.

If in the case with the second and third places on this list, there are different opinions (some sources place Zambia on the second place and South Africa on the third respectively), all agree that the first position belongs to Uganda.

Uganda is landlocked and is well-known for diverse landscapes which cover the Rwenzori Mountains with their snowy tips. Uganda has a beautiful large Lake Victoria. Uganda is famous for an extensive range of various animals including chimpanzees. You can find here an enormous variety of birds.

Now you know that Uganda is considered the best English speaking country in Africa, and all available sources agree on this matter. South Africa, Nigeria, Namibia, and Kenya are also good English speakers. Nevetherless, Nigerians and South Africa are strong competitors with Uganda. 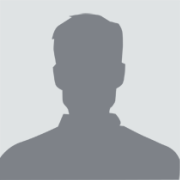